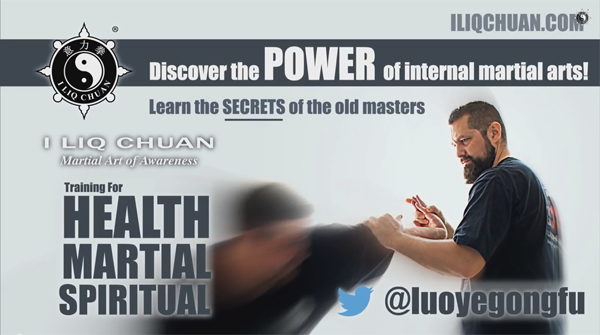 What You Will Learn In Our Tempe, AZ Martial Arts Classes

Through I Liq Chuan’s use of Zen philosophy and Tai Chi principles, you will learn how to improve your health, train your body and your mind. 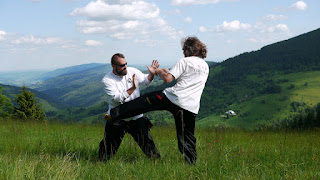 I Liq Chuan’s use of Zen philosophy teaches three mental factors; present, formless and neutral. You will learn to improve mental focus and enjoy greater peace of mind.

Zen philosophy teaches to simply observe and recognize, and to harmonize with nature as it is.  The training concepts are the approach, which in I Liq Chuan Is simply observing and the principles (tai chi principles) are the way in which it all works.

The Six physical principles will teach you about relaxation, alignment, center of gravity force, the center of mass, the spheres of offense and defense and generating spiral energy.  They are the six guiding principles to move safely, efficiently and powerfully.

You will learn how to train your body for self defense.
Martial arts is about three things;
The most  basic principle of self defense is; defense!  You must be able to protect yourself from your opponent's attacks, whether they be strikes, kicks, grappling or use of weapons to avoid injury. In order for your opponent to attack you, like soccer, he/she must cross a halfway line in order to “score” a hit.  Our martial arts classes will teach you how to recognize the halfway line, and keep your opponent safely on their side of the playing field, thereby effectively developing a “forcefield” or “sphere” of defense, often called “peng” energy in Chinese martial arts.

However, defense alone is not enough.  In a self defense situation you must be able to finish a fight quickly once it begins.  If you want to win the game, you must cross the halfway line to score a goal.  Our martial arts classes will teach you how to cross the halfway line effectively at all times in order to finish a fight by maintaining an offensive position at all times, and to develop skill in the four areas of martial arts techniques; striking, kicking, throwing and joint locks.

No matter how skillful your defense and offensive skills are, both will be useless without effective, knock out power.  Our martial arts classes will teach you how to align the skeleton to generate maximum power effectively while maintaining a light, relaxed body in order to change and adapt to the rapidly changing situation of self-defense.

In order to develop the power to break bones and knock an opponent out, you will also learn how to train the ligaments, tendons and inner organs which in turn improves your health, strength and fitness levels.

You will learn how to train your mind. Our martial arts classes build discipline, concentration and awareness.  I Liq Chuan is The Martial Art of Awareness, which is based on Zen philosophy and Tai Chi principles.

Our martial arts classes will teach you how the mind affects the body and how the body affects the mind.  This understanding can help you to further your study; help you improve performance in all areas of your life by acting mindfully, rather than reacting reflexively to situations.

I Liq Chuan teaches you concentration, which is how to pinpoint; how to place the attention: at the moment of the evolving action.